So now you know the rest of the story… 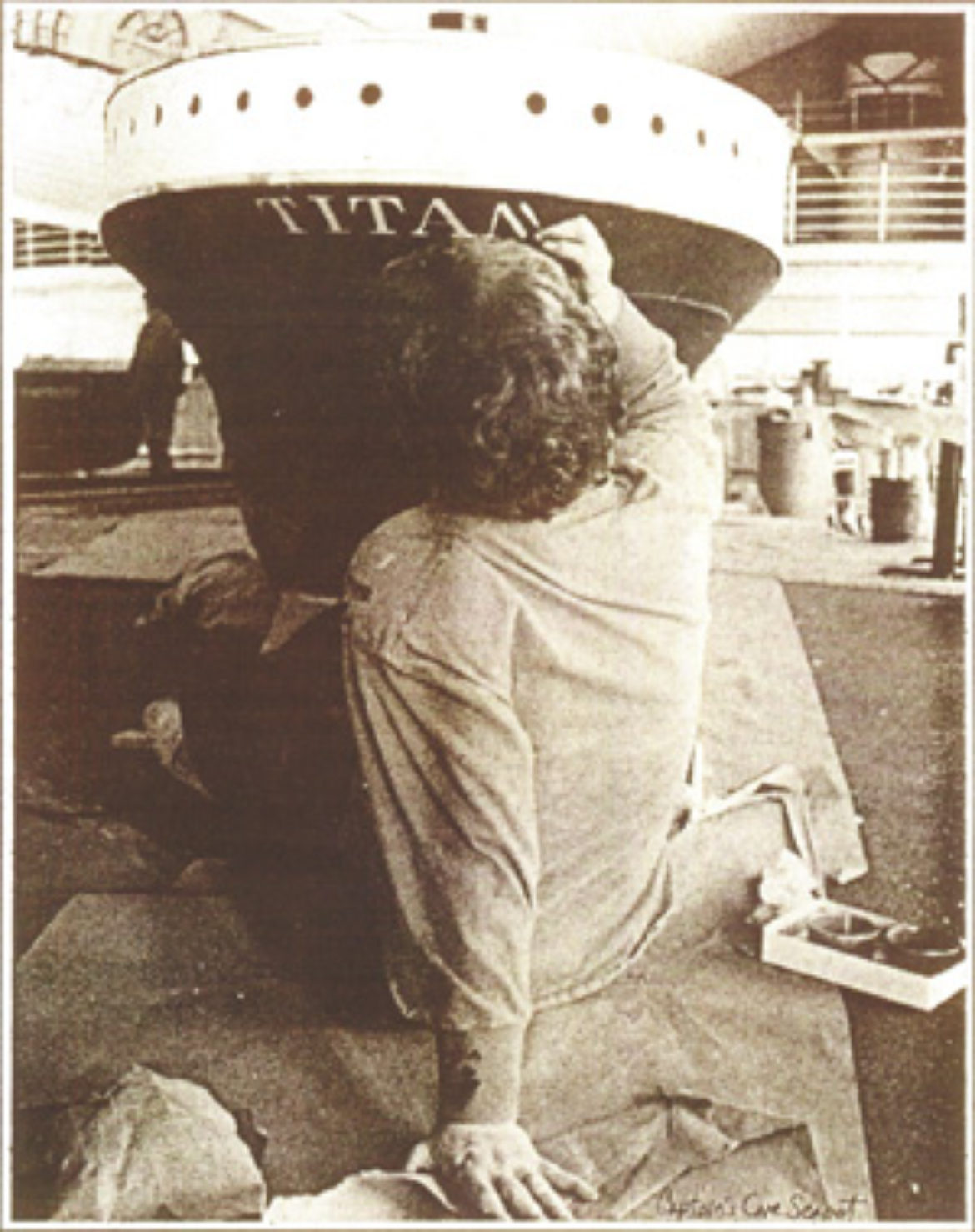 I finished a project a few weeks ago that just brought me back to the early days of my career. First, the project itself: paint an American flag on this wall, waving in the wind with billowing clouds. Size of wall 49′ by 14′, Wow! It brought back all the tools and tricks of the trade so to speak, that I had used many, many years ago when I was a commercial sign painter. Make a grid, get the layout up on the wall and start painting. I have since finessed my clouds when I consider how particular I am when it comes to that part of a mural, but all the practice of years of cutting straight edges combined with the principles of trompe l’oeil helped this wall just about paint itself. Hats off to my client for his salute to the USA. 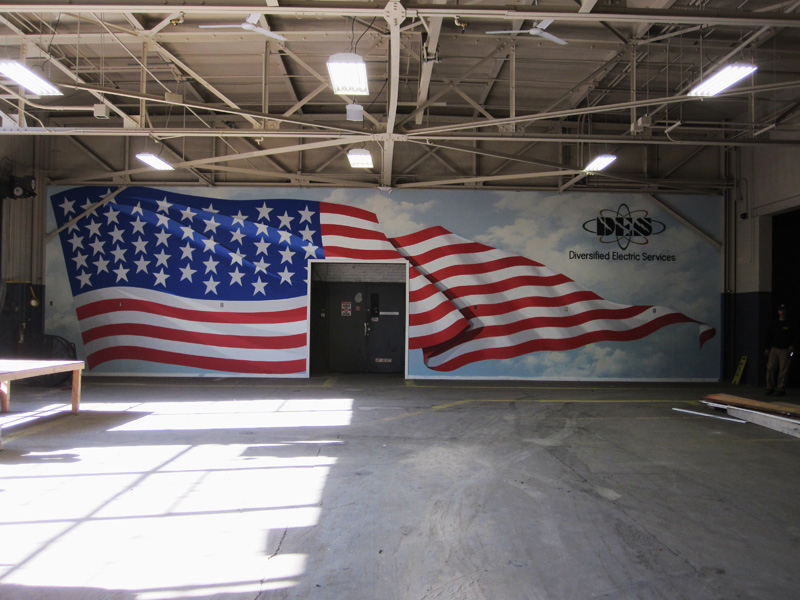 I’ve also got a picture of this commercial space so you can appreciate how strong the graphic is. 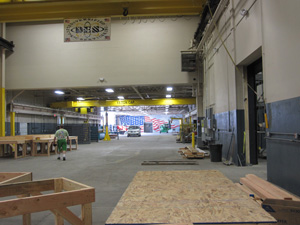 For those of you who haven’t known me before I made the choice to concentrate only on decorative painting, here’s my story as Sharon the signpainter. Check out this logo (don’t laugh, this was the early seventies!).

I did all the commercial signs at a local seaport attraction, Captain’s Cove, in Bridgeport, CT. Housed there was-at the time- the largest model of the Titanic in North America. Here’s a picture of me painting it; a rather uncomfortable position to be lettering. 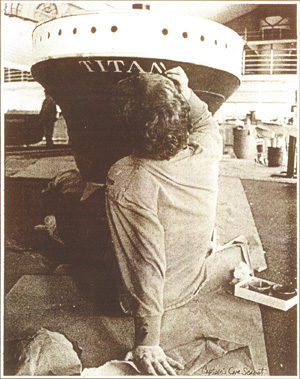 Commercial lettering (this was way before computer generated graphics were even available, am I dating myself?) included for me wood panels, banners, truck lettering and my favorite, boat lettering.
Here are a few samples of hand-lettered projects from back in the day. 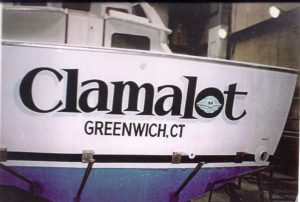 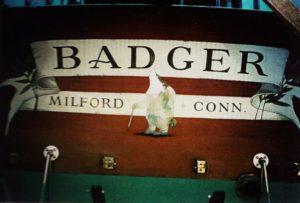 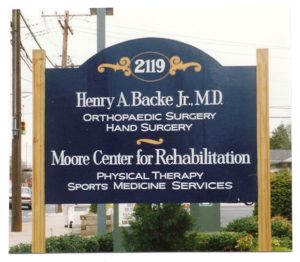 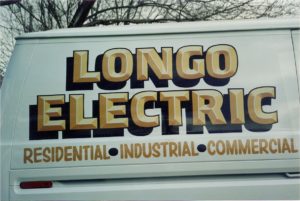 As much as I did enjoy this work, once the opportunity to enter the world of decorative painting presented itself, a choice had to be made. I think I miss boat lettering the most. I spent many years waiting for the weather to change and spring to arrive so that it was warm enough to paint my transoms. I still feel that tug each March, but unfortunately, though I did try to keep a foot in each world, it became impossible to schedule work in a client’s home, and then explain that good weather was predicted for the next few days, so I was just going to leave and be back in a few days. It was a difficult interruption to the flow, to say nothing of the unprofessional incomplete job I left my homeowner to deal with until a rainy day would bring me back.

No regrets, though. If I enjoyed being a signpainter, there just aren’t superlatives to say how fortunate I consider myself to be in my little world of creating murals, cloudscapes and ornament.
So, in the words of Paul Harvey:”Now you know the rest of the story”.