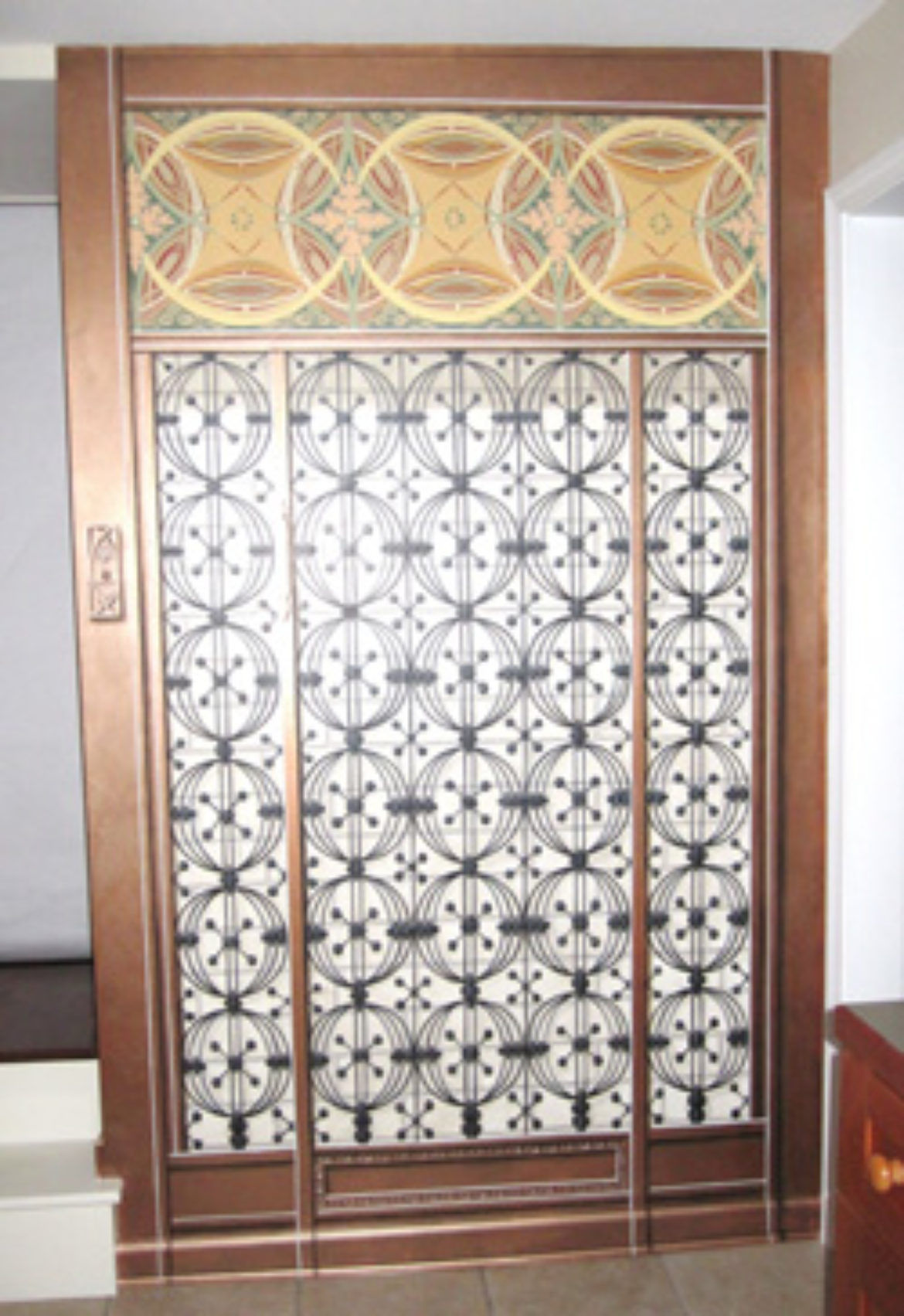 It’s not often that the design for a project takes me by surprise. But this one did. Let me tell you what it is you’re looking at, and then I’ll fill you in with a little of the background.
The site of the painting was a lovely little section of wall in the kitchen with steps on the side leading to the dining room. The client’s request was to recreate the essence of an elevator designed by the famous architect Louis Henry Sullivan.

and a side view. 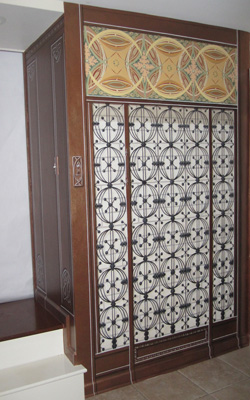 The original, which was located at the historic Chicago Stock Market, featured an open designed grill. I’ve also included a photograph of the renown photographer, John Szarkowski, so you can see what the elevator actually looked like. 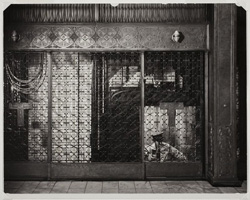 Seen through the grill is white painted brick. I took a little liberty in the transom panel. Though I kept the original design, I did not paint it as if it were metal ornament. Instead, giving a nod to the stunning stencils that Sullivan created for other interiors—some of them with as many as 23 separate screens for each different color—I painted mine by hand using warm earth-based colors. The palette was chosen from the cabinetry and the exquisite stained glass panels found throughout the home. I used an aged copper finish on the body of the elevator.

So, a little about Louis Sullivan, a favorite of my client. He is recognized as America’s first modern architect, and his philosophy is encapsulated in his premise “that form ever follows function.” Sullivan did not believe in imitating classical, historic styles. Rather, he favored forms from nature coupled with crisp, geometric shapes. On the elevator grill, the round forms you see are Sullivan’s representations of seeds, an homage to the fact that the Chicago Stock Exchange was the nation’s largest agricultural stock exchange at the time. Sullivan’s style would continue to be imitated by other architects, and formed the foundation for the ideas of his student, Frank Lloyd Wright.

I thoroughly enjoyed the search for reference material for this project. Many thanks to my client for her imagination that brought her very own Sullivan elevator.

Now what was it that you were thinking you might like to have painted in your home? Give me a call.